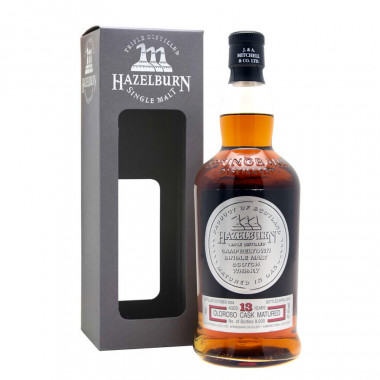 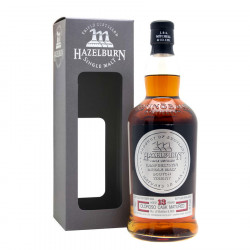 Hazelburn is a 13 year old Single Malt from the Springbank Scottish distillery with a light and sweet style distilled three times and not peated.

Hazelburn 13-year-old Sherry Wood has been distilled three times unlike other Scottish whiskies. This Single Malt was produced at the Scottish Springbank distillery in Campbeltown.
Whisky produced at the Springbank is often considered one of the best in Scotland. The distillery is also distinguished by the fact that it produces three different malt whiskies: slightly peated, not peated with three distillations and very peated with two distillations.

Distilled in October 2003, it then aged fully in Oloroso Sherry casks for 13 years and bottled at 47.4%.
Read more
Fold back text
Features

Nose: at first on raisin, sugar demerara, and notes of toffee.

Palate: gourmet with sweet notes with hints of orange zest and white chocolate.