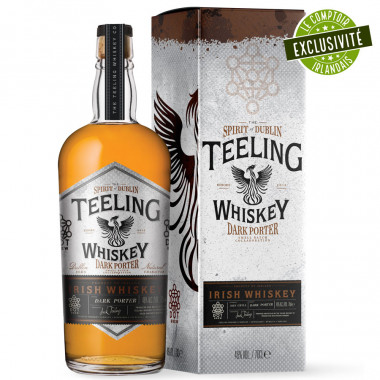 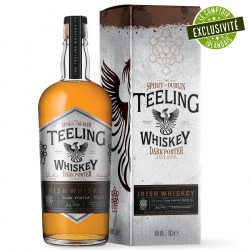 A newcomer joins the family of Small Batch collaborations from Teeling: a 100% Dublin product made with the Dot brewery!

A newcomer joins the family of Small Batch collaborations from Teeling: a 100% Dublin product made with the Dot brewery!

The Teeling Distillery and the Dot Brewery are connected in many ways: Dot ages its Dark Porter stout in ex-rum barrels that were used to age Teeling Small Batch.

Teeling reuses Dark Porter beer barrels to age its Small Batch whiskey. It thus develops a malty and hoppy character, with notes of caramel and the bitterness of chocolate and coffee. A surprising and balanced whiskey at the same time!