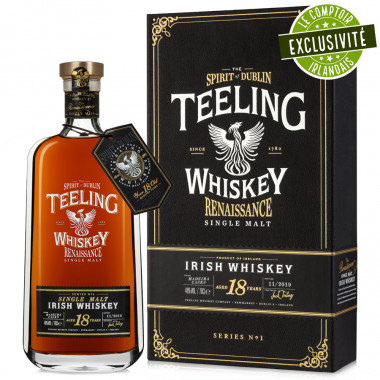 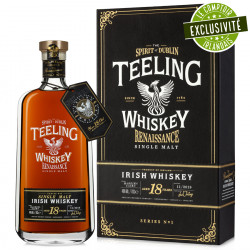 A limited and exceptional Renaissance edition 18 years old, a collector's Single Malt which has benefited from an aging of more than 16 years in Bourbon barrels.

The Teeling distillery is proud to launch in France its limited and exceptional Renaissance 18 years old edition, a Single Malt collector which has benefited from a maturation of more than 16 years in Bourbon barrels followed by an additional aging of 18 months in ex - Madeira barrels.

This version is the first edition of a special series of unique barrels, stock limited to only 9000 bottles worldwide.

Finish: dry with a return to spices and citrus notes.