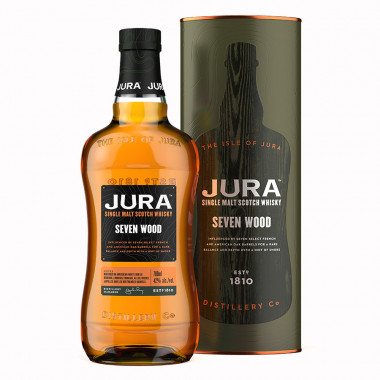 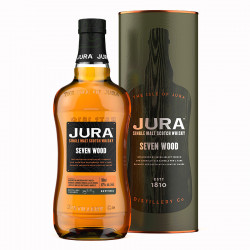 This Scottish Single Malt is made in seven new oak barrels from different locations.

What defines the inhabitants of Jura is their ability to renew and reinvent themselves. This allowed the distillery and its team to create a complex Single Malt, shaped by the imprint of seven oak barrels of different origins.

Made with peat and non-peated spirits, this Single Malt was aged in seven different French and American oaks: ex-bourbon casks made from first-fill white oak and oak barrels orginating from the Frnehc forests of Allier, Limousin, Tronçais, Bertranges, Vosges and Jupilles.

Nose: notes of coffee and ginger with a hint of chocolate.

Palate: caramelised peaches, chewy notes of liquorice and candied oranges, a hint of spray and smoke.

Finale: woody notes come back at the end of the mouth.