Sales up to 50% off. 2nd markdown : extra 10% off on textile items already on sale! Discover >
Our CellarWhisky Whisky by countryScotlandHighlandsGlenmorangie 1996 Grand Vintage 70cl 43° 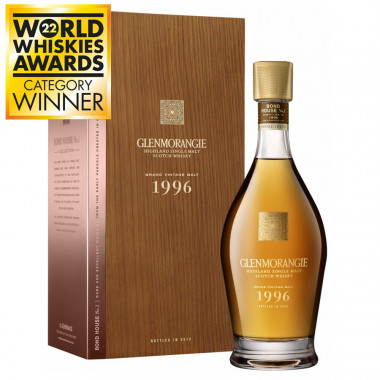 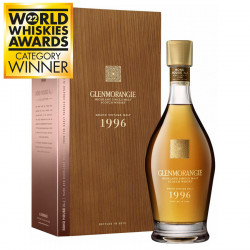 Glenmorangie 1996 Grand Vintage is a sumptuous Single Malt from the Bond House No 1 collection.

Sixth vintage of the Bond House No 1 collection, this Single Malt distilled in 1996 aged for 23 long years in barrels created to measure for Glenmorangie: oak barrels from the Ozark Mountains, Missouri in the United StatesUnited, having previously contained Bourbon for 4 years.

The result is a silky, creamy and especially tasty expression, with a nice depth.

Subtle floral aromas are revealed on the nose, when the mouth offers acidic citrus sensations, accompanied by the heat of spices.

Finish: long and persistent, with vanilla, cinnamon and almond which ends on a lighter aromatic herbaceous note.

Winner of the Highlands Single Malt 21 years and over category, World Whiskies Awards 2022.