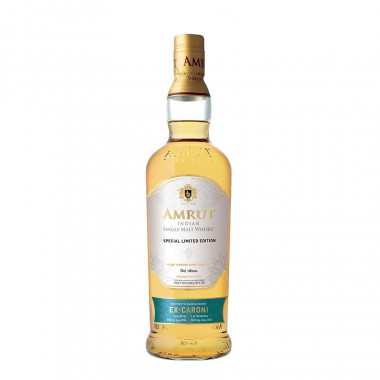 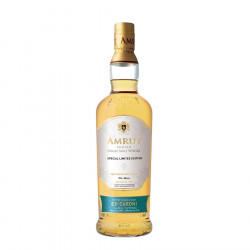 Amrut 2014 ex-Caroni Single Cask is the result of a surprising alliance between the famous Indian Single Malt and the legendary Caroni rum from Trinidad and Tobago.

Amrut 2014 ex-Caroni Single Cask is the result of a surprising alliance between the most famous Indian Single Malts and the legendary Caroni rum from Trinidad and Tobago, whose barrels were used to age the whisky.

The DNA of the two distilleries is cleverly transcribed in this limited edition 2014 Amrut bottled in 2021.

Nose: first empyreumatic and syrupy, then we find aromas of dried flowers, ripe fruit or even malty and brioche flavours.

Palate: balanced between rum and whisky, floral and minty flavours mingle with those of cane sugar.