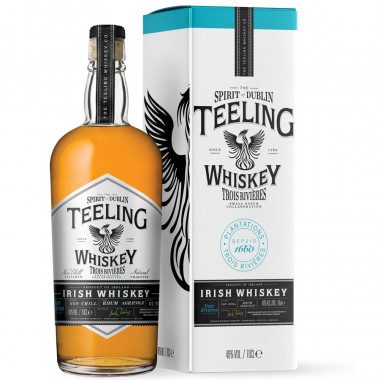 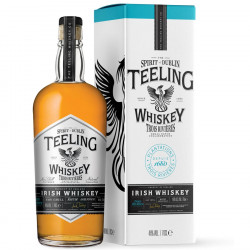 The Teeling Small Batch 3 Rivières is a limited edition of a barrel-aged whiskey that has contained 12-year-old agricultural rum.

Teeling, in partnership with the rum distillery 3 Rivières in Martinique, presents a unique creation: The Teeling Small Batch with a maturation in 3 Rivières rum barrels.

Distilled from the Small Batch, Teeling's flagship whiskey, this whiskey has matured for 6 years in bourbon casks and aged 6 additional months in 12-year-old rum 3 Rivières casks.

This experience provides a unique result for this limited edition. The whiskey has captured a depth of flavours, subtle floral notes with a slight sweetness thanks to the agricultural rum (produced from freshly cut sugar cane).

This 46° whiskey was bottled without chill-filtration.

It's a real exchange of passion, since the 3 Rivières rum has also bottled its limited edition of its old rum with a Teeling barrel finish! Discover here.

Nose: watermelon and pear aroma, with a hint of freshly cut grass.