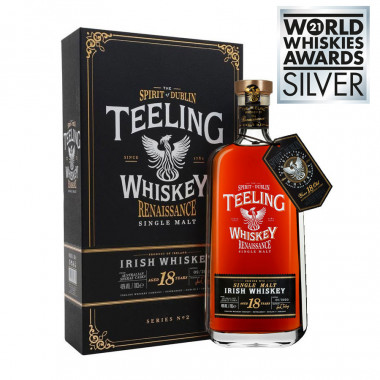 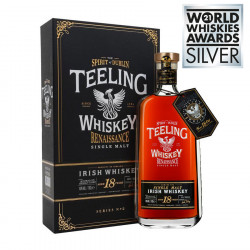 Teeling introduces us to the second version of his 18-year-old Renaissance limited edition aged in Bourbon casks and then Australian Shiraz wine.

Second edition of the Renaissance series from the Teeling distillery, this 18-year-old Single Malt was aged in Bourbon barrels before being matured for a year and a half in Australian Shiraz wine barrels.