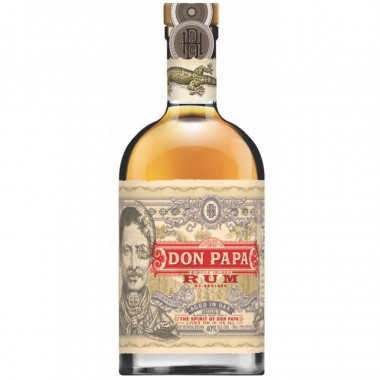 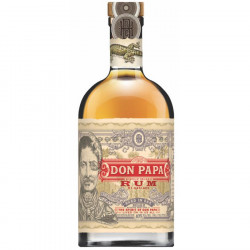 Did you know that the Philippines are in the top 10 producers of cane sugar in the world? Discover a new "terroir" of wonderful bright aromas with Don Papa rum.

Don Papa 7 Rum offers a new recipe for the famous rum made on the island of Negros in the Philippines, a large sugar island, hence its signature: Single Island. A more subtle, fruity and less syrupy result.

This 7-year-old Single Island is distilled from molasses from one of the island's many local mills, known locally as "black gold".

The rum is then aged for seven years in Bourbon American barrels and Rioja casks. The whole is finally assembled before being cold filtered and bottled.

Nose: very fruity. Dominated by notes of mandarin and citrus zest, topped with orchard fruits and a touch of mango. A very balanced nose of spices and the presence of vanilla and cinnamon.

Palate: full-bodied with notes of ripe tangerines, brown sugar, vanilla cream, with a hint of fresh ginger and lemon zest.

Finish: sweet notes of persistent fruit combine with warm woody spices and a delicate and rich sweetness of black honey.