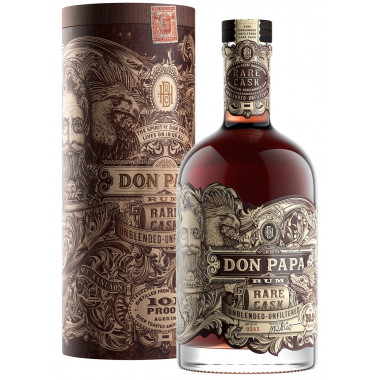 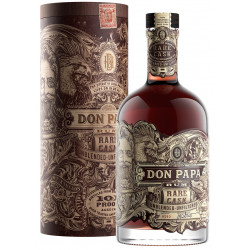 This limited edition Don Papa rare cask is a rum "small batch" with rich aromas and a dominant of cocoa.

This limited edition of the famous Don Papa is a rare rum "small batch", from oak barrels specially selected and overburned. The rum Don Papa has benefited from this maturation to enrich with fine and rich aromas with a dominant cocoa.

Don Papa has not received any filtration or assembly to preserve its whole character. Each bottle is numbered and presented in a beautiful wooden box.