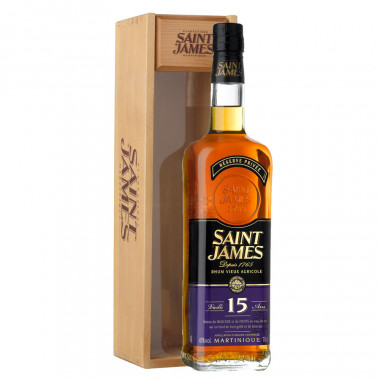 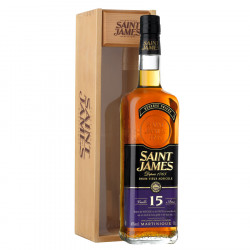 Discover the old rum of Saint James distillery of 15 years of age.

Aged 15 years under the tropical climate of the island of Martinique, this agricultural rum is a classic of Saint James distillery. The angels' share is 60% (the part evaporated from the original rum from the beginning of maturation) and defines a concentration of aromas very powerful.

Its notes of precious wood come from the care brought to aging. We feel the presence of spices, tobacco and cooked fruits. The mocha finish brings an elegant complexity and balance that enhances this rum.

Nose: woody and roasted notes followed by notes of nutmeg and fruit brandy.

Palate: tannins and woods dominate, with notes of dry/burnt wood.

Silver medal at the Paris Agricultural Competition in 2016.

Silver Medal at the Paris Agricultural Competition in 2014.