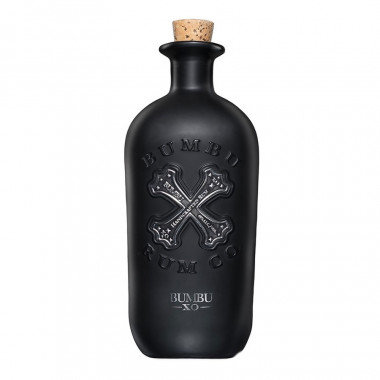 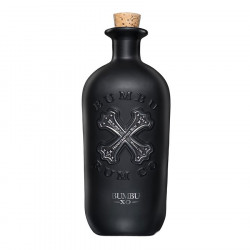 Bumbu XO rum is a blend of rums aged up to 18 years in Bourbon and Sherry barrels which gives it this extraordinary intensity.

Bumbu XO rum is distilled and aged in a Panama distillery that uses only local sugar cane and pure spring water.

The name Bumbu refers to those blends of local rum, herbs and spices prepared by sailors traveling the Caribbean in the 16th and 17th centuries, a delicious drink they called "Bumbu".

Bumbu XO rum is a blend of rums aged up to 18 years in Bourbon barrels and then in white oak Sherry barrels from Andalusia in Spain.

Bumbu Rum Company, makes its rums with great care from blends of the best sugar cane  in the Carribean. The ancestral distillery dates from 1890 and its still for Bumbu rum has been in use since 1912.

In Barbados, an island considered the birthplace of rum for 400 years, this spirit is not treated as mere alcohol. The teams at the Bumbu Rum Co. distillery have been honing their know-how for centuries in the art of distilling and blending the country's most famous export products.

Bumbu Rum Company thus manufactures its rums by hand for an exceptionally balanced and smooth result, without sacrificing the richness and complexity that make rum from the Barbados distillery one of the best in the world. Bumbu rum is one of the most decorated with five gold medals in two years at the Los Angeles International Spirits Competition.

Nose: woody and caramelized flavours complemented by the sweetness of vanilla.