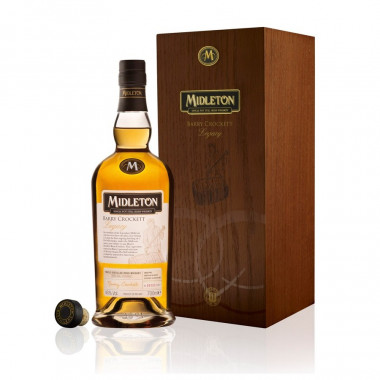 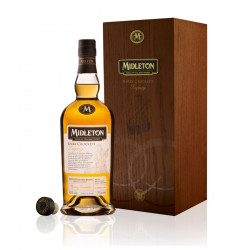 The first Single Pot Still from Midleton is a success with its fully-flavoured nose and elegant, distinctive palate.

Midleton, the brand, has gained recognition with a series of very small batches of Pot Still and Blended Irish Whiskey. The last realisation to date bears the signature of the Master Distiller, Barry Crockett. For the first time, Midleton releases a Single Pot Still.

Midleton's style is characterized by elegant, fully-flavoured spirits, and exclusive use of American Bourbon barrels for the maturation.

The complete whiskey production has been relocated in Midleton, near Cork, where a new distillery has been built. Midleton is located near the distillery of the same name, founded in 1825 by the Murphy brothers.

Midleton distillery is one of the most modern distilleries worldwide. Its production capacity reaches 19 million liters of alcohol per year; with 13 stills producing every type of Irish whiskeys (Irish Pot Stills, single malts, and single grains). The ancient buildings of the distillery have been kept and turned into a museum.

Named “The Jameson Heritage Center”, we may admire an amazing water wheel from 1852, a stationary steam machine used to power the distillery and the biggest still the world. It is in one of these old Georgian architecture stone buildings with red shutters that Barry Crockett, the current Midleton distillery Director, was born. The Old Midleton style: even with a great range of expressions, Midleton’s whiskeys develop a unique character. They have a specific fruity nose (red fruits) with a spicy backdrop and sweet notes of grains. The distillery produces exceptional pure pot still whiskeys, such as Redbreast.

Nose: elegant notes of vanilla and toasted oak, followed by a touch of lime, green cherries, pears and a spark of medium chili.

Palate: peppery notes opens on lemon, lime and very sweet notes of tangerine. A touch of oaky cinnamon and vanilla are evocative of the maturation in American barrels.

Finish: long and complex, with a marked return of the American oak.