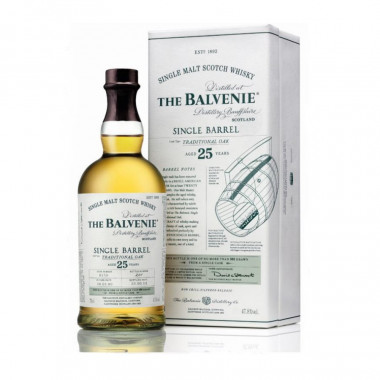 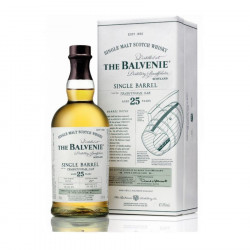 For 25 years, Balvenie Single Barrel has matured in traditional American oak casks. The qualities of this traditional oak cask are preserved by the cooper craftsmen of The Balvenie, burning the inside of the casks to coax out the formidable aromatic richness of the wood.

25 Year-Old Single Barrel possesses the complexity of a mature whisky, a symphony of sweet, honeyed and oaky notes, lifted by a fragrant and fruity bouquet.

For your information, this expression we selected for you still lays in the best storage conditions in the heart of Scotland. We endeavour to deliver you as soon as possible.