Black Friday up to 50% off! Discover >
Our CellarWhisky Whisky by countryScotlandLaphroaig 30 Years Old The Ian Hunter Story 70cl 46.7° 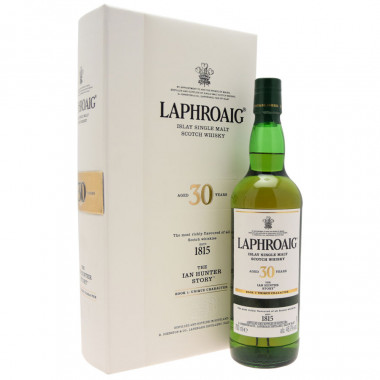 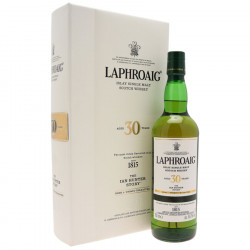 Let yourself be tempted by this extremely rare Laphroaig distilled in 1967, the first edition of The Ian Hunter Story available in a book-box.

This 30 year old Single Malt is the first edition of The Ian Hunter Story from the Laphroaig distillery. Each version celebrates chapters in the life of Ian Hunter, the last member of the founding family of the distillery to own and manage Laphroaig.

Laphroaig was distilled in 1967 and is becoming increasingly rare, it was rewarded in 2005 with a double gold medal at the San Francisco World Spirits Competition. It comes from a blend of Sherry casks.

This lightly peated Single Malt is bottled at 46.7°.

This version is available in a pretty book-box.

Nose: the notes of mandarin and mango are tempered by those of almond and coconut, with aromatic oils of peat and smoked sage.

Palate: fat on the palate with notes of orange peel, vanilla and coriander leaf in a cigar box.

Overall: long and complex with hints of stone fruit and persistent chewing tobacco.