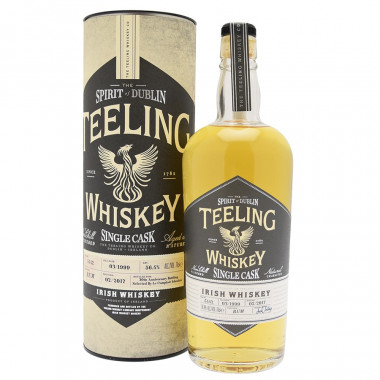 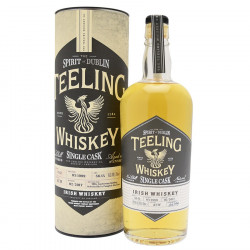 For the 30th anniversary of Le Comptoir Irlandais, an exceptional Teeling Single Cask whiskey rum finish has been selected.

The distillery has selected and bottled this Single Cask especially for the 30th anniversary of Le Comptoir Irlandais, Teeling 1999 30th Anniversary is a unique edition limited to 150 bottles.

This whiskey, from the cask number 5442, was casked in 1999 and has matured in an old rum barrel for 17 years before its bottling in 2017. We have selected this non chill-filtered Single Cask for its exceptional qualities. This whiskey has a large and powerful range of aromas thanks to its long aging process. It is titrated with 56.4° of alcohol. The fruit notes match perfectly the caramel notes, molasses with hints of singular woody notes.

Palate: an explosion of fruity flavours, balanced with honey and molasse notes.

Finish: long with woody notes and a dry finish.