Sales | Up to 50% off! >
Our CellarWhisky Whisky by countryScotlandSpeysideBalvenie 25 Years Old Double Wood 70cl 43° 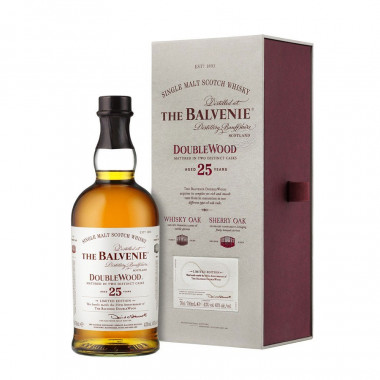 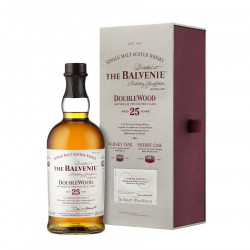 The Scottish distillery The Balvenie offers a special Single Malt designed by David Stewart, cellar master of the distillery. This limited edition is a tribute to the 25th anniversary of the "DoubleWood" technique, a process of double maturation in Bourbon casks and Sherry casks initiated by David Stewart.

The first maturation in Bourbon barrels brings to the whisky notes of vanilla and the second in Sherry barrels brings notes of spices and dried fruits.
Read more
Fold back text
Features

Finish: long on Sherry and spices.