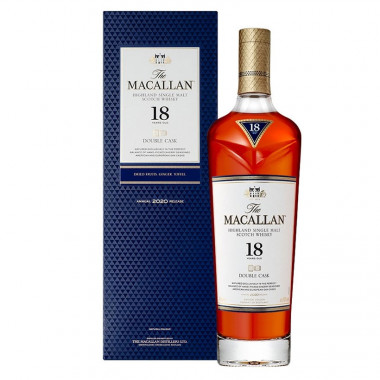 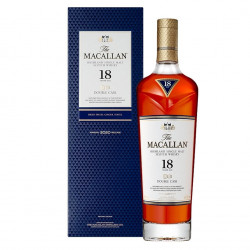 The Macallan 18 Year Old is a Double Cask aged for at least 18 years in European and American Oak Sherry casks of exceptional quality.

The Macallan 18 years old is a Double Cask aged for at least 18 years in a unique and studied blend of European and American oak Sherry casks of exceptional quality.

The result is a Single Malt with subtle notes of vanilla and delicate flavours of spices.

Nose: notes of dried fruits, ginger and caramel. Rich orange with hints of cloves and nutmeg.

Palate: rich in raisins with hints of caramel, vanilla and ginger, balanced by woody spices and tangy citrus fruits.

Finish: notes of hot spices with ginger turning into a sweet orange.