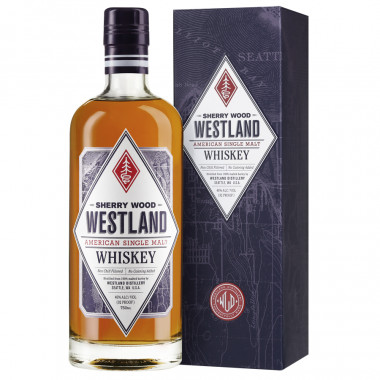 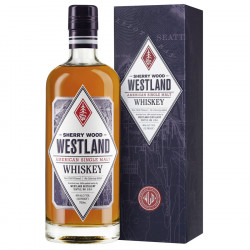 Westland offers with this Single Malt whiskey, maturation in Sherry barrels, an original method in the United States.

Westland offers with this Single Malt whiskey, maturation in Sherry barrels, an original method in the United States.

Although the practice of whiskey aging in Sherry barrels is not as old as the production of peated whiskies, it has become a popular standard around the world. With this bottling, the Westland distillery wishes to pay homage to this very common method in Scotland.

Westland Sherry Wood Single Malt is produced on the same basis as the American Oak version, with 5 types of barley and Belgian yeasts producing a very aromatic alcohol. The whole has matured for at least three years in Oloroso, Pedro Ximénez barrels and in new American oak barrels (Cooper’s Select and Cooper’s Reserve). The Sherry casks are transported full from Europe to prevent the wood from drying out in order to restore the best notes to the whiskey.

Matt Hofmann, the master distiller, strives to maintain a perfect balance between the power of Sherry and the barley notes of Westland whiskey.

Multiple award-winning, this Sherry Wood edition has an aromatic profile that develops notes of red fruit, maple syrup and a malty character.

Palate: nice balance between red fruits and maple syrup. Then, notes of ripe yellow fruit, grapes and kiwi are expressed. We find the pastry notes of the nose.

Finish: rich and dominated by fruit (mango and kiwi).