Sorry, your thread has been archived, this is a new chat
Our CellarWhisky Whisky by countryUnited-StatesWashingtonWestland American Oak Single Malt 70cl 46° 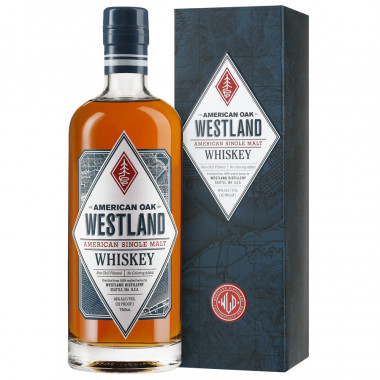 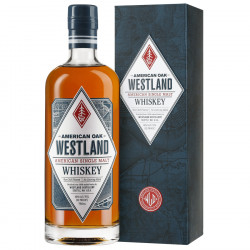 This Westland Single Malt is the classic and fascinating signature of the distillery located in Washington State with a fruity and spicy aromatic profile.

Westland American Oak is the classic signature of the Single Malts of the North West American distillery. Produced from 5 types of barley (Washington Select Pale Malt, Munich Malt, Extra Special malt, Pale-Chocolate Malt and Brown Malt), this whiskey has benefited from a maturation of at least three years in new American oak barrels (Cooper's Select and Cooper's Reserve) and in 1st filling Bourbon barrels. It was bottled without cold filtration.

The style of this Single Malt is radically different from that found in Scotland. It is faithful to the terroir of the distillery located in Washington State in the United States. The whiskey expresses a fascinating aromatic profile: fruity on citrus fruits with notes of almond and dark chocolate.

The Single Malt Westland American Oak has received numerous awards around the world.

Palate: nice balance between smoke pine and fruit (banana, cherries). Chocolate, almond and Turkish coffee notes. We also find the sweetness of the cream detected on the nose.

Finish: spices such as cinnamon, pepper and a hint of pear.