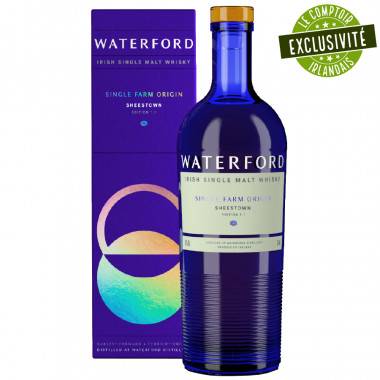 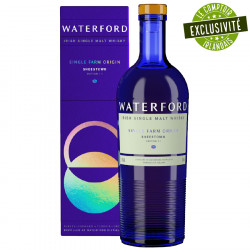 The first limited edition 1.1 of the Waterford Sheestown Single Malt is produced with barley (Irina) grown in Sheestown by Philip O’Brien whose daughter Maura works at the distillery.

The deliveries of this edition will start from September 1st.

The first limited edition 1.1 of the Waterford Sheestown Single Malt is produced with barley (Irina) grown in Sheestown by Philip O’Brien whose daughter Maura works at the distillery.

This hardy barley grows on relatively poor, dry land of limestone and gravel on hilly terrain where water circulates but does not stay. The growth of this barley is very long (09/2014 to 08/2015) and lasts almost a year, part of which in winter.

After this seductive maturation of 1,414 days in a combination of French and American oak, this Single Farm Origin is reduced from 71.89% to 50% ABV before being bottled without colouring, cold filtration or additives.

The character of the land and the know-how of Waterford have made it possible to create a spicy, intense whisky that takes up space in the mouth. A robust whisky!