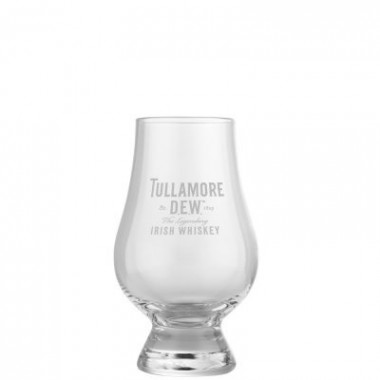 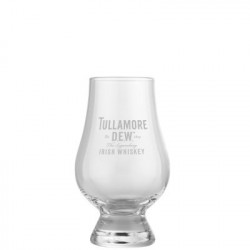 A whiskey glass with the screen-printed inscription "Tullamore Dew".

This glass was designed for whisky tasting, allowing the release of its aromas and flavours.

The inscription "Tullamore Dew" is screen printed on the glass.