Our stores remain open during confinement! I discover the measures >
Our CellarArchivesTeeling 2004 White Port 70cl 46° 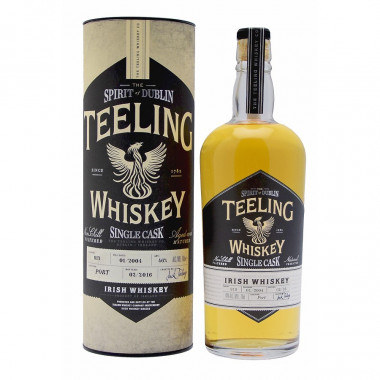 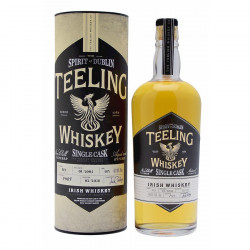 This Teeling Single Cask has been distilled in 2004 and first aged in bourbon casks, and then refined white port casks from the Carcavelos region in Portugal.

Teeling 2004 White Port is a Single Cask exclusively bottled for Le Comptoir Irlandais by the Teeling Whiskey Company. A limited edition of 342 bottles.

This Teeling Single Cask has been distilled in 2004 and first aged in bourbon casks, and then refined white port casks from the Carcavelos region in Portugal: these casks are famous for their subtle fruity flavours.

The Teeling Whiskey Company is the first distillery using white port casks to aged its whiskeys. These casks bring added flavour and sweetness that mingles perfectly with the Irish whiskey characteristics. This mellow, fruity expression results from Teeling expertise in cask selection and maturation. Teeling 2004 White Port is a limited series of casks launched on Saint Patrick's Day 2016.

On the fore, Teeling White Port reveals fruity, malty flavours and rich, warm notes of oak, typical of white port casks, with a toasty vanilla finish. Reduced at 46°, each bottle of this n°913 Single Cask is bottled by hand, without any colourings or chill filtration.