Sales up to 50% off. 2nd markdown : extra 10% off on textile items already on sale! Discover >
Our CellarArchivesWhisky de Table Compass Box 70cl 40° 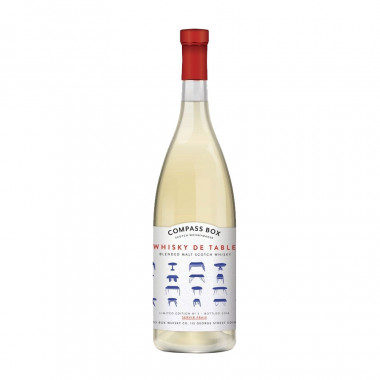 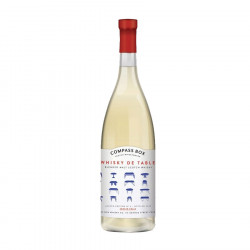 The 2018 edition Whisky de table offered by Compass Box is rich and gourmet thanks to its blend of young Malts.

This 2018 edition is the third edition of 'Whisky de table' issued by Compass Box, a company specialised in the elaboration of Blended Malts.
With this bottling, the idea of Compass Box is to create a Scotch that could be shared like a traditional table wine.

This Blended Malt reveals the sweetness of young Malts that compose it.

This 'Whisky de table' should be tasted cool like white wine or like the Japanese, in a glass of sparkling water.
Read more
Fold back text
Features

Palate: gourmet with hints of spring flowers and subtle hints of grilled meat.