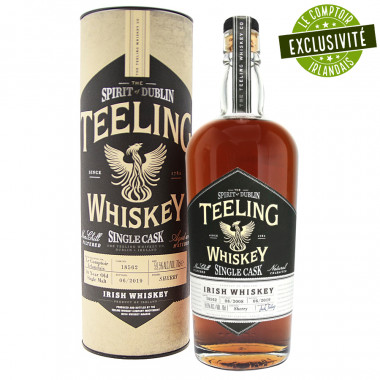 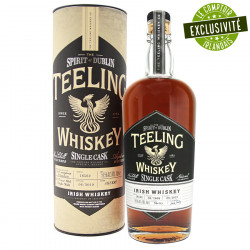 Our 4th exclusive bottling of the Teeling distillery offers a finish in Sherry casks. A powerful Irish whiskey with a very beautiful texture.

Bottled to its natural degree, without cold filtration to preserve all these aromas, this whiskey distilled in 2008 has benefited from a complete aging in sherry cask, N ° 18562.

Our team was seduced by this very successful Single Cask, with a rich texture brought by Sherry's barrel.

During the tasting, do not hesitate to let the whiskey open in the glass so that it fully expresses its aromas.

Palate: it develops on citrus fruit, red fruits and confectionery. We also appreciate the roasted notes of dark chocolate and dry herbs. It is quite explosive thanks to cask strength. A powerful distillate and a powerful barrel, this whiskey is a bomb!