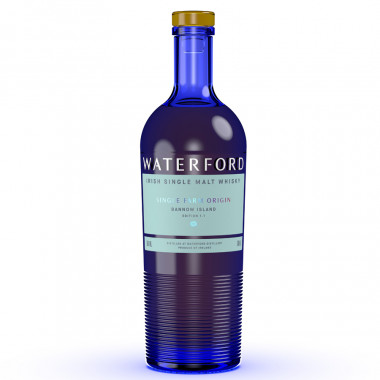 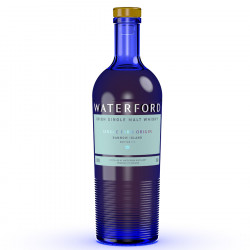 Waterford Bannow Island is a unique whisky produced in limited edition from barley grown in sandy soils swept by the iodized Atlantic winds.

This first edition of Bannow Island uses the barley cultivated by Ed Harpur on the far south of the coast of County Wexford, where the sandy soils swept by the iodized Atlantic winds make up a unique and demanding terroir.

The whole has been assembled and bottled at 50%, free from colouring, additives and  chill-filtration. This 100% Irish Single Malt develops a malty and fruity character, with delicate notes of citrus, Christmas cake and sweet cereals, sublimated with a touch of leather.

Nose: fresh and malty. Notes of red rose and milk chocolate give way to the sweetness of dried fruit and the delicacy of a vanilla custard. To conclude, the nose evolves on pastry notes of buttered bread covered with farm aromas of freshly cut hay.

Finish: oily and dry. A touch of malty biscuit blends harmoniously with notes of sherry and leather that line the palate lengthwise.