Sales up to 50% off. 2nd markdown : extra 10% off on textile items already on sale! Discover >
Our CellarArchivesMars Cosmo Wine Cask Finish 70cl 43° 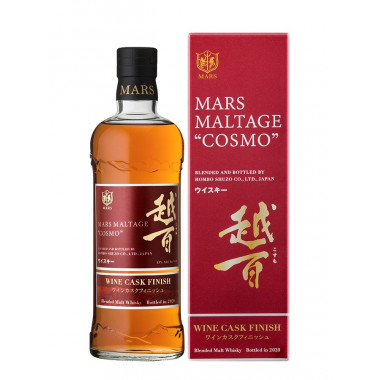 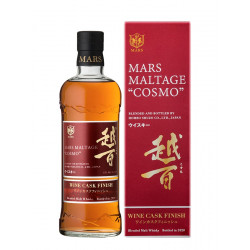 Cosmo wine cask finish is the 2020 edition of the Cosmo series of Mars whisky. It is aged in red wine barrels which gives it beautiful tannic and spicy notes.

Located in the heart of the Japanese Alps, the Mars distillery was founded in 1985, however it experienced a slumber period of a few decades to resume its activity in 2011. Cosmo wine cask Finish is the 2020 edition of Cosmo series. A whisky that has benefited from an additional year of aging in red wine barrels.

Mars blends different types of malt to give complexity and richness to its Cosmo. This Blended Malt is no exception, its round and pleasant honeyed sweetness is balanced with tannic and spicy notes offered by its aging in red wine barrels.