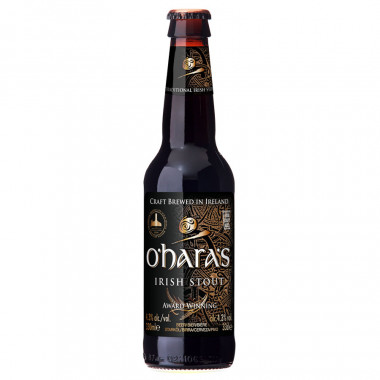 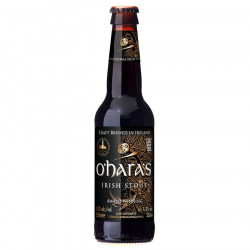 This brown beer is generous, voluptuous and mellow with just enough of malty sweetness to balance with the bitterness.

This brown beer is generous, voluptuous and mellow with just enough of malty sweetness to balance with the bitterness. Carlow brewery comines the traditionnal brown beers hops with a hint of roasted barley with delicious irish clear water.

In 1996, the Carlow brewery was established by the O’Hara Brothers. The O’Hara beer became international when the Celtic brown beer was elected number 1 at the Millenium Brewery International Ceremony.

The marriage of traditional brewing techniques, modern technology with the finest natural ingredients make Carlow beers amongst the richest, most flavoured and most complex beers.

The brewery is located in The Goods Store, a wonderful stone-walled building formerly used as a loading and unloading warehouse for the nearby train station. Now refurbished, the brewery includes a tasting bar, perfect for visitors who wish to taste the local beer while discovering the brewery’s interior.

This Celtic brown beer O'Hara's has been awarded number on brown beer worldwide and has won the championship trophy and is a gold medal winner from the international brewing industry awards.

O’Hara’s Stout is perfect with seafood.