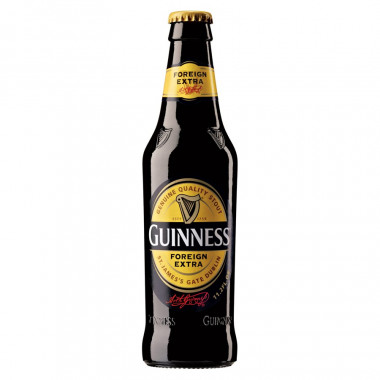 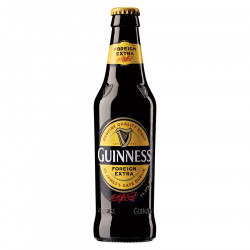 The Foreign Extra is part of the Guinness range. It is brewed in Ireland and is mainly distributed in African countries.

It is unique and has a natural taste, slightly bitter, thanks to its brewing with roasted barley and hops.

Fruity aromas scents, roasted barley and caramel notes can be smelled. As for the palate, honey and caramel flavours are underlined by a strong bitterness.