Sales up to 50% off. 2nd markdown : extra 10% off on textile items already on sale! Discover >
Our CellarWhisky Whisky by countryScotlandCampbeltownSpringbank 10 Years 70cl 46° 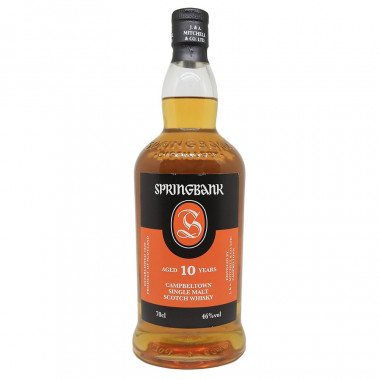 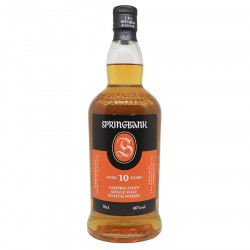 Springbank is delicate to the utmost, elegant, spicy and salty over a creamy backdrop.

Barley malting at Springbank is truly traditional, conveying special characteristics to the malt. Barley is partially dried over a peat fire. The stills are heated over an open flame, and Springbank carries out a double distillation - and a half, incorporating the tails to the malt when redistillated.

Springbank epitomizes the Campbeltown style. A delicate, elegant expression with a spicy and salty tang over a creamy backdrop sign its character. The maturation of this Single Malt has been carried out for 60% in Bourbon barrels and 40% in Sherry casks, to the delight of whisky lovers.

Nose: very "Springbank", quite charming with its fresh fruits notes such as pear, strawberry, citrus fruits and apple, with an edge of peat, vanilla essence and malt.

Finish: sweet with a salty sparkling on the mouth. Quite floral (rose), slightly oily and woody (oak).