Sorry, your thread has been archived, this is a new chat
Sales | Up to 50% off! >
GiftsGift selectionCuddly ToysShaun The Sheep Plush 44cm 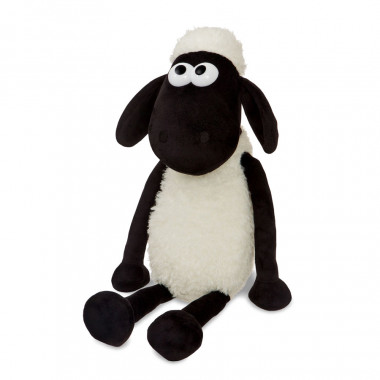 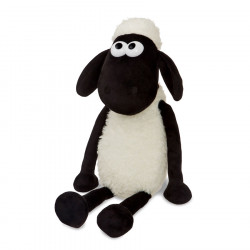 Big plush Shaun the sheep very soft to the touch.

Discovered in the film Wallace and Gromit, "Shaun the Sheep" has become a hero in its own right. On the occasion of the launch of the new animated film "Shaun the Sheep: farmageddon" on 16th October 2019, Le Comptoir Irlandais offers the collection of Shaun as soft toys.

Wash by hand only.

Suitable for children from birth.

The birth of Shaun the sheep

Created in 1995 by Aardman Studios, Shaun the Sheep appears for the first time on screen, in Wallace and Gromit: Shaved Up. In this third episode, Wallace, accused of stealing sheep, tries to prove his innocence. He takes under his wing a little sheep, Shaun, after he has been shaved.

Synopsis of the film

Shaun The Sheep returns for an intergalactic adventure. A spaceship crashed near Shaun's farm. On board is an adorable and malicious little creature named LU-LA. With her supernatural powers, her taste for adventure, and her burping from another world, she is immediately adopted by the flock. But when a dark governmental organisation sets out in pursuit, determined to capture the little alien, the farm counter-attacks! Shaun and the flock will do everything to help LU-LA return home. Hang on your belts and get ready for an epic adventure.

Studio Aardman is a British animation studio created in 1972 by David Sproxton and Peter Lord. Located in Bristol, England, the studio Aardman is known for its films for the use of the technique of stop-motion and clay animation, or more particularly thanks to these characters in plasticine, Wallace & Gromit. Created in 1995, Shaun the sheep first appeared in an episode of Wallace and Gromit before seeing a series born around his character. For the creation of this second animated film "Shaun the sheep: Farmageddon", the studio Aardman has partnered with the French production company StudioCanal.
Products from Shaun le Mouton