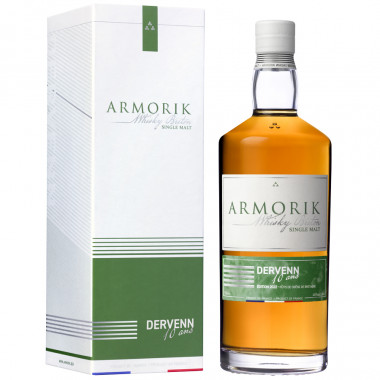 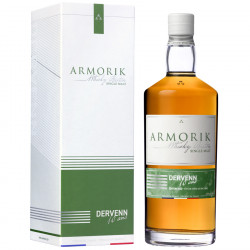 The Breton distillery Warengheim releases a Single Malt with a beautiful intensity, in collaboration with the last cooper of Brittany.

"Dervenn" means oak in the Breton language. The Warenghem distillery has been working for 20 years in collaboration with Jean-Baptiste Le Floc’h, the last Breton cooper, as well as the ONF, to create oak barrels from Breton forests. From the choice of felled trees, to the manufacture of barrels and their roasting, the work is carried out hand in hand with the cellar master and the distiller. These unique barrels are used for the ageing of some of the Armorik whiskies, side by side with American barrels.

After a few years of absence, Armorik Dervenn returns in a 10-year version, in a limited edition.
For this Armorik Dervenn, unique barrels have been selected to express the soul of the Breton terroir. It develops subtle woody and spicy aromas, and reveals all the more the fruitiness and roundness of Armorik whisky.

Nose: fruity and slightly oaky, it combines ripe fruits with nuts and almonds.

Palate: intense and gourmet with sweet spices including nutmeg and cinnamon.