Sales up to 50% off. 2nd markdown : extra 10% off on textile items already on sale! Discover >
Our CellarWhisky Whisky by countryScotlandHighlandsTomatin 12 Years Old 70cl 43° 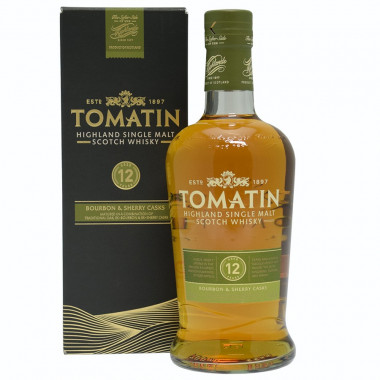 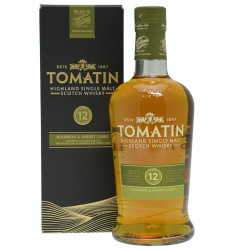 Flagship of the Tomatin Single Malts range, this 12 Year-old expression would be one of the best whiskies to discover the flavours developed by the distillery.

Flagship of the Tomatin Single Malts range, this 12 Year-old expression would be one of the best whiskies to discover the flavours developed by the distillery.

Crafted with the sweet waters of Alt-na-Frith that meanders in the Monadhliath mountains, Tomatin 12 Years Old has aged slowly in traditional Bourbon oak barrels and has been finished for 6 to 9 months in Oloroso Sherry casks to bring out the extraordinary fruitiness of the spirit.

The final product is a richly fruity, mellow and well-balanced whisky.

Nose: a complex bouquet of rich malt and fruity aromas, with a hint of peat.

Palate: a unique combination of appealing flavours with a perfect balance of sweet hazelnut, deepened by the subtle Sherry wood influence from the maturation.