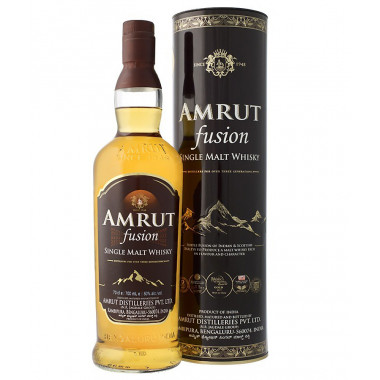 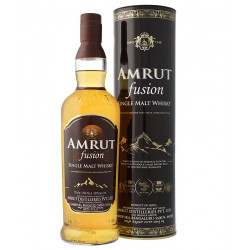 The latest Amrut Fusion is the result of a blend of two cuvées from the Himalayas for one and from Scotland for the other. It is non-chill filtered and moderately peaty.

Amrut presents us with a Single Malt resulting from the assembly of two vintages. The first uses malted barley that originates from the foothills of the Himalayas and the second uses peated malted barley from Scotland.

These two vintages aged independently for four years in an almost tropical climate which accelerated their ageing before being blended.

Non chill-filtered, it was bottled at 50°. It has a nice roundness and is moderately peaty.

Nose: firm and fine with notes of honey, sandalwood and roasted malt followed by notes of candied citrus, frangipane, liquorice and curry.