Sales | Up to 50% off! >
Our CellarWhisky Whisky by countryIrelandTeeling Stout Cask 70cl 46° 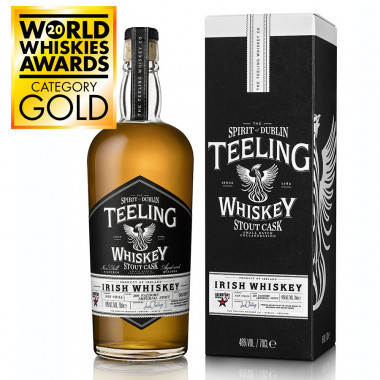 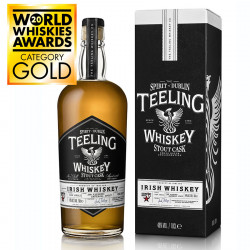 Teeling Stout Cask is a mix of the two famous irish alcohols : irish whiskey and irish stout (brown beer) in collaboration with the Galway Bay Brewery. This innovative combination offers a rich small batch full of flavours and character including the bitterness of the stout beer "200 Fathoms Imperial Stout".

This small batch whiskey has aged during 6 months in barrels that have had "200 Fathoms Imperial Stout" beer. The bottling is 46° and is non chill-filtered.

Teeling has trusted Le Comptoir Irlandais to launch its new edition in France.

Teeling Stout Cask has won the award for Best Irish Blended Limited Release at the World Whiskies Awards in 2019.

Finish: chocolate and coffee flavours remain pleasantly in palate and blend with vanilla and spicy notes.

Gold medal in the Irish Blended Limited Release category at the World Whiskeys Awards in 2020.

Award for Best Irish Blended Limited Release at the World Whiskies Awards in 2019.

Award for Best Irish Blended Limited Release at the World Whiskies Awards in 2018.