Sales up to 50% off. 2nd markdown : extra 10% off on textile items already on sale! Discover >
Our CellarWhisky Whisky by countryScotlandIslayArdbeg 22 Years Old 70 cl 46.4° 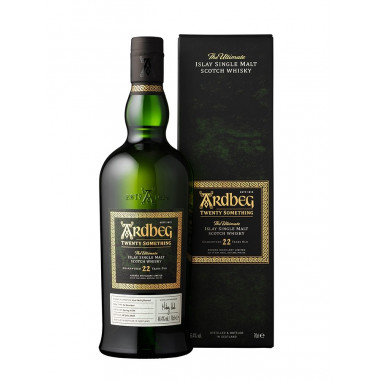 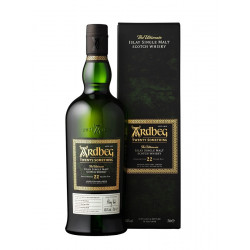 An exceptional Single Malt Ardbeg with a maturation of 22 years in Bourbon casks. A rich spirit with the typical peated side of the distillery.

Ardbeg offers an exceptional whisky with this 22 year-old expression called Ardbeg Twenty Something.

This new bottling comes from a very limited amount of Bourbon barrels, which were kept at a time when the future of the distillery was very uncertain...

The tasting notes include fresh green apples, vanilla, caramel and anise marry perfectly with the peated and smoky side of Ardbeg.