Our stores remain open for your purchases. Learn more >
Our CellarArchivesArdbeg Ardbog 70cl 52.1° 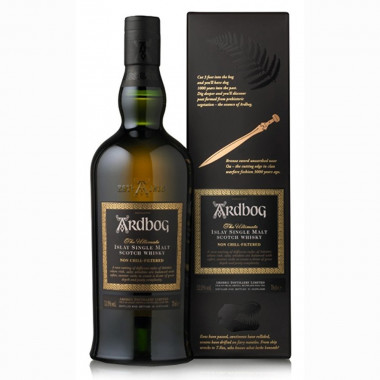 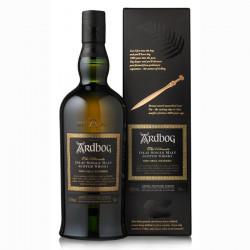 The Ardbeg distillery has launches Ardbog limited edition in June 2013.

The Ardbeg distillery has launched Ardbog limited edition in june 2013. Ardbeg pays here an homage to the peat bogs - wetlands - of Islay and their essential role in the whisky production. Ardbog is the next release following the limited edition 2012, Galileo, recognised as World's Best Single Malt at the World Whisky Awards 2013.

Ardbog has aged for 10 years in Spanish Sherry casks that contained Manzanilla, and has then been combined with traditional Ardbeg of same age, and matured in American oak casks, ex-Bourbon barrels. Manzanilla conveys beautiful marine notes to the whisky, while the Bourbon casks offer a contrast with a creamy, maple syrup flavour.

Nose: quite rich, with notes of pecan nuts, deliciously associated with caramel, chocolate and iodine notes.

Palate: oily and well-balanced, with a blend of salty, peanut flavours, green olives and anchovy.

Finish: sweet notes of maple syrup, characteristic of Ardbeg, lingering in the mouth, evocative of a smoked fruits richness.