Sales up to 50% off. 2nd markdown : extra 10% off on textile items already on sale! Discover >
Our CellarWhisky Whisky by countryJapanTokinoka Blended 50cl 40° 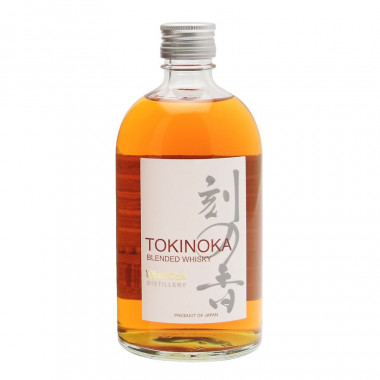 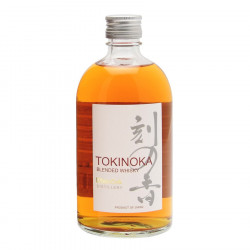 A Japanase mellow whisky with beautiful balance and spicy notes.

Tokinoka is a remarkable blend (combination of various Single Malts) resulting from the White Oak distillery skillful combination. The distillery has been inspired with Scottish techniques, from brewing to pot still distillation and oak cask maturation, and uses extremely pure groundwaters.

The result is an extremely mellow and smooth whisky. Tokinoka shows a beautiful balance and spicy notes.

Nose: light, dominated by grains, yellow fruits and honey after a while in the glass.

Palate: mellow attack, then grows stronger with an impressive spicy strenght. Quite well-balanced, with an amazing aromatic palette, from malted cereals to yellow fruits (peach), almonds and juicy Corinth grapes.

Finish: quite long, with a spicy and dry, tannic character, like a dessert wine.