Sales up to 50% off. 2nd markdown : extra 10% off on textile items already on sale! Discover >
Our CellarWhisky Conditioning MiniaturesBenriach 10 Years Old The Original Ten Mignature 5cl 43° 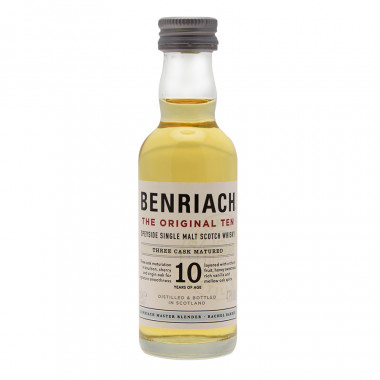 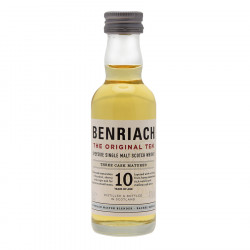 BenRiach 10 years The Original Ten in a mignature version which transcribes the fine and subtle character of the blend in Bourbon, Sherry and new oak barrels.

BenRiach 10 years The Original Ten is a Single Malt resulting from a triple maturation in ex-Bourbon casks, ex-sherry casks and new oak casks.

This expression is subtle, fruity and spicy.

To discover in its mignonette format.

Exception: The Heart of Speyside that characterizes the essence of Speyside is unpeated.
Products from The BenRiach

Nose: notes of white fruit from the orchard, honey and toasted oak.

Finish: balanced with hints of almond and spicy vanilla.