Sales up to 50% off. 2nd markdown : extra 10% off on textile items already on sale! Discover >
Our CellarRum CellarTypes of rumOld RumPère Labat 8 Years Old 70cl 42° 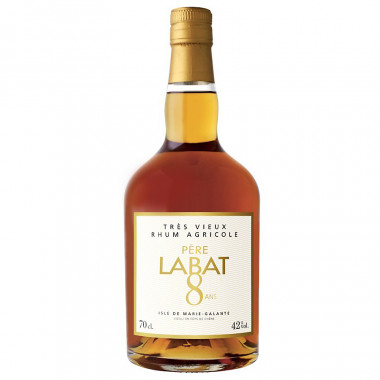 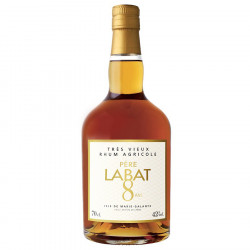 The very old rum Père Labat 8 years old is considered by the purists as one of the best in the world with a spicy character developing abundant and sweet aromas.

Developed in accordance with the traditional methods of French agricultural rums, the very old Père Labat 8 years old rum is the most accomplished of the range developed by the Poisson distillery.

Produced from fresh sugar cane sourced directly from the island of Marie-Galante in the Guadeloupe archipelago, this rum has benefited from a long maturation in the tropical climate to develop its aromas, in oak barrels having previously contained Bourbon whiskey.

Aged in small quantities, this exceptional rum is considered by purists as one of the best in the world with a spicy character developing abundant and sweet aromas of exotic fruits, chocolate and heady flowers.

Nose: rich and balanced with a spicy and fruity profile that combines notes of black pepper, clove and star anise with scents of fresh sugar cane, chocolate and ripe mango.

Finish: long and fragrant, all velvet.