Our online store is open for all your home delivery orders.
Our CellarRum CellarOld RumDon Papa Sherry Casks 70cl 45° 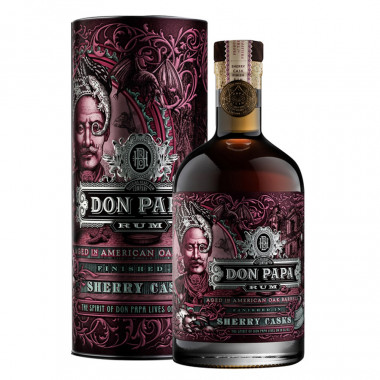 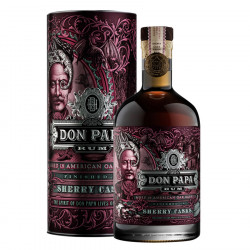 Don Papa Sherry Casks is a new limited edition of the famous rum that develops a unique character with its maturation in 4 types of Sherry casks.

This rum produced from molasses according to the Spanish heritage, has aged several years in barrels of Bourbon before enjoying an 18 month finish in 4 types of Sherry casks: Fino, Pedro Ximénez, Cream and Palo Cortado.

With this exceptional aging, Don Papa Sherry Casks has developed rich and generous notes that are perfectly preserved by the absence of filtration before bottling at 45 °.

The whole is ample and generous with notes of ripe fruit, cooked figs, plums and black grapes.

Nose: sweet and sweet with notes of ripe fruit (figs, plums and grapes), accompanied by spikes of dark chocolate.

Palate: Maturation in Sherry casks brings an interesting texture and original notes to the typical character of Don Papa with aromas of ripe and cooked fruits.