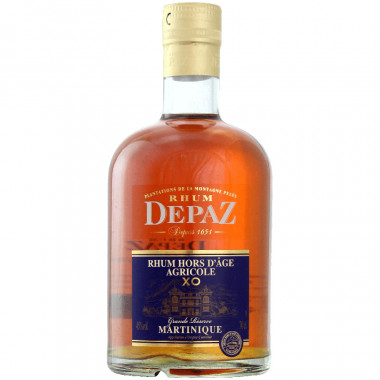 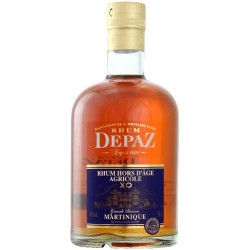 Depaz Grande Réserve XO is an exceptional agricultural rum that owes its original flavours to the exceptional climate and volcanic soil of the Montagne Pelée.

It is a blend of rums aged between 8 and 10 years, that owes its original flavours to the exceptional climate and volcanic soil of the Montagne Pelée.

The sugar canes that compose it grow on the richest lands of Martinique, which also carry the "Appellation d'Origine Contrôlée Martinique" mention since 1996.

It is a round old rum with rich and gourmet notes.

Nose: combines notes of spices, chocolate, rose and liquorice. Notes of prunes, vanilla and sweet wood in a second time.

Palate: round rum with sweet and delicate scents of vanilla and wood.

Gold Medal of the 2016 Concours Général Agricole in Paris.