Our online store is open for all your home delivery orders.
Our CellarWhisky Whisky by countryScotlandBlend Artist 7th edition 70cl 55° Compass Box 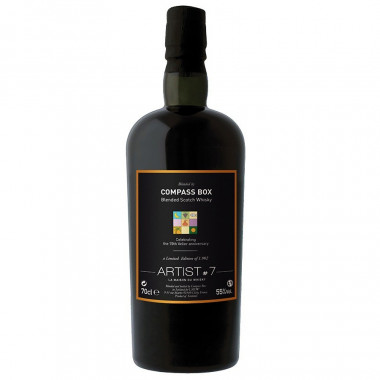 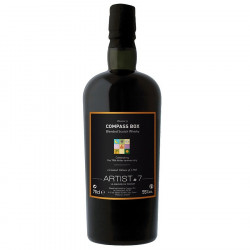 Taste the strength and balance of this 7th edition of the Artist range with the Artist Blend from Compass Box.

The Artist range expands and welcomes a seventh whisky of Compass Box.

This Artist Blend is a blended scotch that is both balanced and complex, with its spicy and ashy flavours.

For its seventh edition, Compass Box proposes a heady and herbaceous whisky. At the tasting, we can smell a vegetable and saline peat.