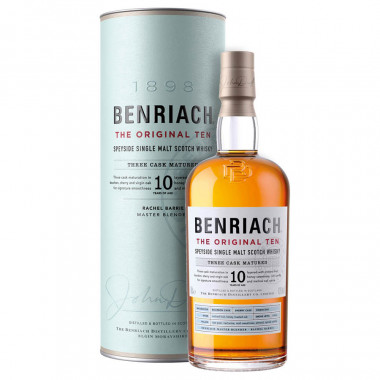 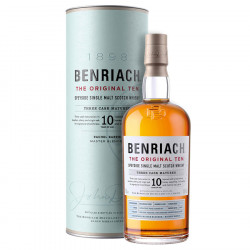 Benriach 10 years old peated Single Malt is made from a combination of several types of casks. it has been rewarded many times.

This whisky is made from the assembly of several types of barrels: ex-bourbon casks, ex-sherry casks and new oak casks.

The different styles of casks are then subtly assembled to create a Single Malt of great finesse, with notes of orchard fruit, honey, toasted oak, and a balanced finish of almond and spicy vanilla.

Nose: notes of white fruit from the orchard, honey and toasted oak.

Finish: balanced with hints of almond and spicy vanilla.