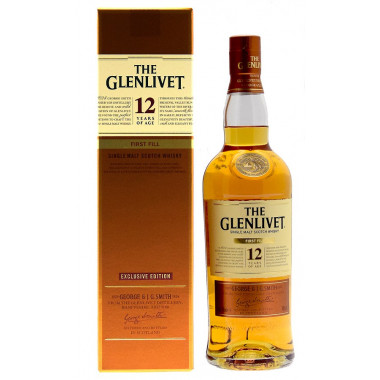 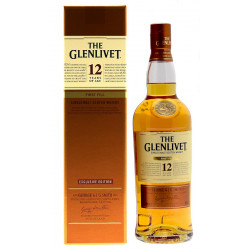 The Glenlivet is the flagship of Speyside. This French exclusivity drives us through the traditional elaboration methods of a great whisky.

The Glenlivet house showcases here the historic, traditional key techniques that made the reputation of the distillery with this First Fill Glenlivet. This Single Malt of great class drives us through the traditional elaboration techniques of a great whisky.

The French excluisivity The Glenlivet is presented in its premium gift box, with warm, golden tones. The bottle is transparent and reveals a clear, amber colour. In the glass, this Single Malt reveals notes of vanilla and ripe fruits coating the palate, giving way to an oaky and spicy everlasting finale.

Palate: vanilla and coconut flavours, together with orange marmalade and ripe fruits.

Finish: oaky and spicy, warming up the palate. A lingering finale with a hint of marzipan.