Black Friday up to 50% off! Discover >
Our CellarWhisky Whisky by countryScotlandSpeysideBenriach 22 Ans Peated PX Albariza 70cl 46° 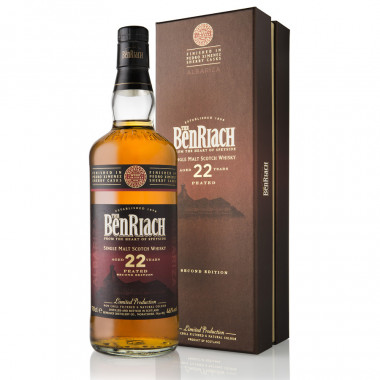 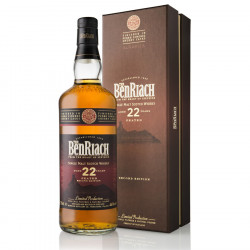 Bottled at 46°, this peated Single Malt was originally grown in American oak barrels, then aged in Pedro Ximenez sherry barrels. The name "Albariza" comes from the typical white soil used for growing grapes in Sherry production in the Andalusia region of southern Spain.

In the mid-1970s and mid-1980s The Benriach produced a peated malt on an ad hoc basis.
Today, the distillery regularly distilles peat malt.

This Single Malt without cold filtering is bottled in its natural colour.

Products from The BenRiach