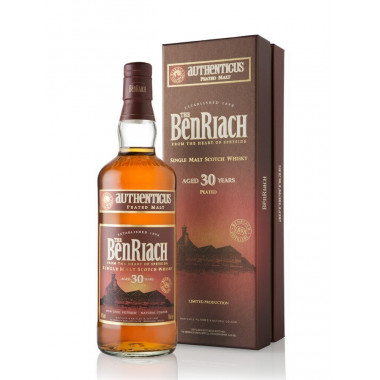 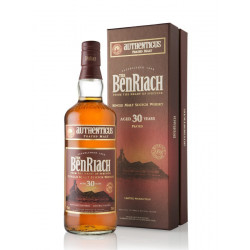 A very peaty malt from the distillery which has benefited from an extraordinary aging of more than 30 years.

Over two short periods (1975-1976 and 1983-1986), Benriach was brought in to produce peat malt, which it now distills more regularly. Benriach thus offers a wide range of peaty malts ranging from 10 to over 30 years.

A Single Malt produced in limited quantity, no child filtered and with its natural colour.

Exception: The Heart of Speyside that characterizes the essence of Speyside is unpeated.
Products from The BenRiach

Nose: a delicious balance is offered on the nose, with notes of wild honey, peat and allspice. A farandole of yellow pears, ripe melon and peach accompanies the smoky peat in a harmonious concert.

Finish: a fusion between intense peat, consumed embers and notes of oregano, anise and chicory.