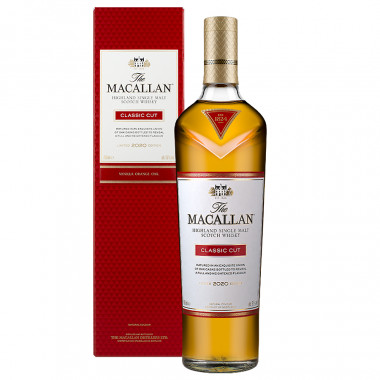 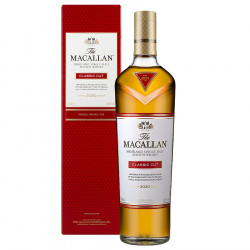 Latest edition of the "Classic Cut" series, this Single Malt is bottled at 55 ° and reveals notes of thyme associated with citrus and vanilla aromas.

The Macallan classic cut is the fourth edition of the limited annual Classic Cut series. Each edition is different from the last, the 2020 edition reveals flavours of thyme.

This Single Malt has aged in European oak barrels with Sherry and ex-Bourbon barrels in American oak. It was bottled at 55°, we find the typical characteristics of the distillery with a touch of modernity thanks to the aromas of citrus and vanilla.
The use of the ex-Bourbon cask brings a nice twist to this classic.

Products from Macallan (The)