Sales up to 50% off. 2nd markdown : extra 10% off on textile items already on sale! Discover >
Our CellarRum CellarTypes of rumSpiced RumBreiz'île Passion Fruit/Lemon 70cl 23° 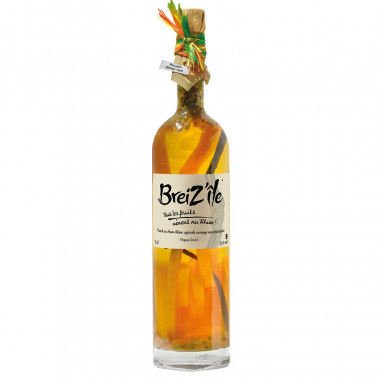 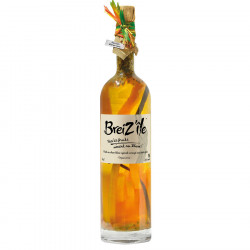 This spiced rum, inspired from punch, has been crafted in Camaret-sur-Mer, Brittany. It evokes the sunny, exotic flavours and spices of the Caribbean archipelago.

This spiced rum has been crafted with agricultural white rum, macerated with passion fruits and lemon. This handcrafted spirit takes its roots in the tradition of the West Indies, where the bottling of fruits and spices is done by hand.

This punch-type macerated rum has been crafted in Caramaret-sur-Mer, Brittany. It evokes the sunny, exotic flavours and spices of the Caribbean archipelago.

Ideal served as aperitive or digestive.