Our online store is open for your orders. Learn more about delivery >
Our CellarRum CellarSpiced RumBreiz'île Collection Passion & Pineapple 50cl 32° 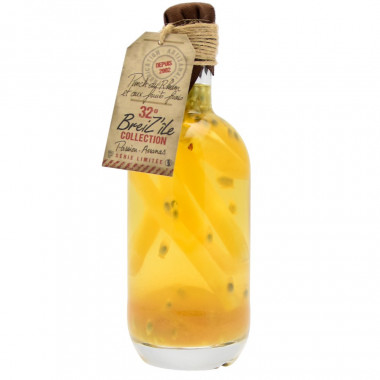 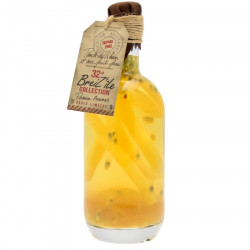 This prestigious Breiz'île spiced punch, is made with old agricultural rum from the Caribbean, passion fruits, pineapple and spices.

This prestigious passion and pineapple spiced punch, is one of the four flavours of Breiz'île Collection released in limited edition. This Breiz'île rum is made with old agricultural rum from the Caribbean, 10% fruits and spices.

With its beautiful minimalist bottle that perfectly highlights the rum and its percentage of 32° ABV, higher than the traditional range of the company, this expression offers novelty with passion fruits and pineapple and still evokes the best alliance between the sunny Caribbean islands and Brittany hospitality.

Handmade in Brittany, combining strength and sweetness, this drink may be enjoyed both as aperitive and digestive. You may store it out of the refrigerator.